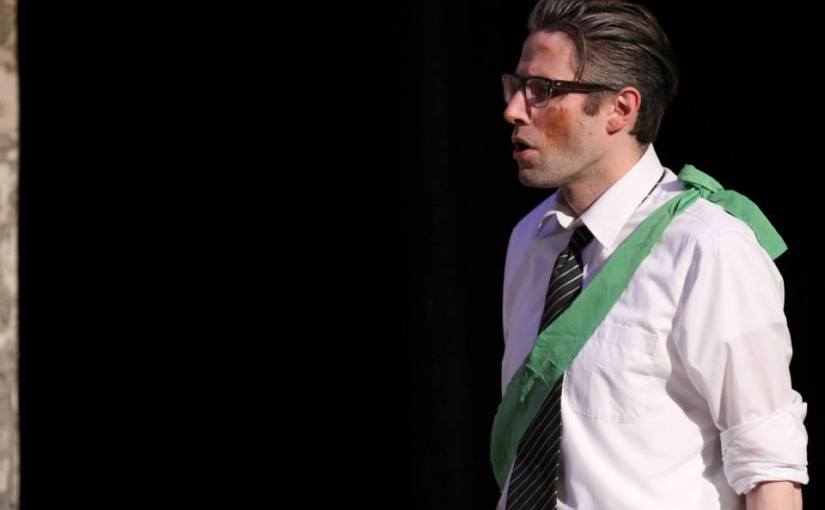 Beautiful, relevant, and starkly poetic.
Inspired by the protests of the 2009 Iranian Election, Sea of Green is a revolution seen from the cafes and corner stores of a city in the crossfire. A hot summer day in the city. The city is abuzz over the expected defeat of the President. But hopes are quickly dashed as polls close and ballots are counted. Shock turns to outrage and words to weapons…
The everyday people now struggle to be heard – and to survive.

Among the highlights are two works by B.C. playwrights: Kayak, Jordan Hall’s story of a woman who sets out on the water, paddling right into the environmental movement; and Sea of Green, Andy Garland’s depiction of an election day that turns to riots.